The African Activist Archive, which is part of the Africa Online Digital Library supported by Michigan State University, documents the activism in support of African people.  Voices united around the world in the support of the end of colonialism, apartheid in South Africa, and social injustice during the 1950s-1990s. While the African Activist Archive includes documents, oral histories, photographs, video, and posters, documenting this international support, it also hosts a mesmerizing ephemera collection of buttons and t-shirts.  Most of these wear-ables call for the end of apartheid in South Africa and the boycott of Afrikaner led companies. Although it took much time and international advocacy, apartheid officially ended in 1994. Never underestimate the power of a t-shirt, our bodies can be billboards for political change. 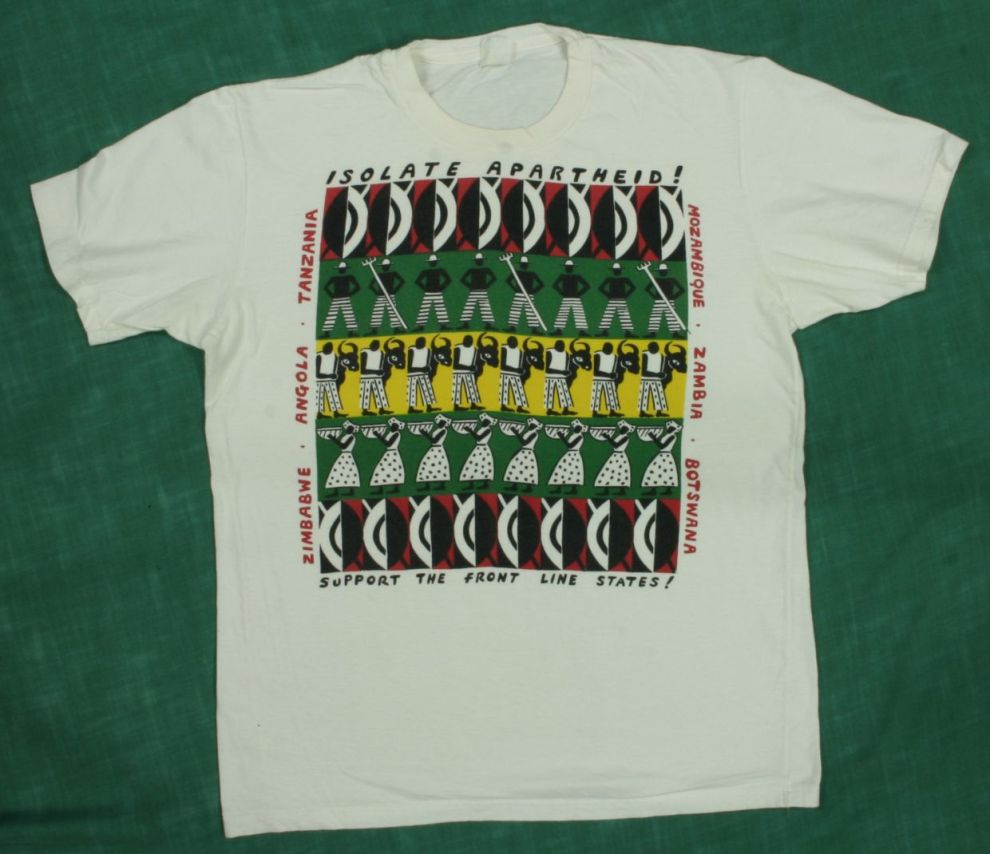