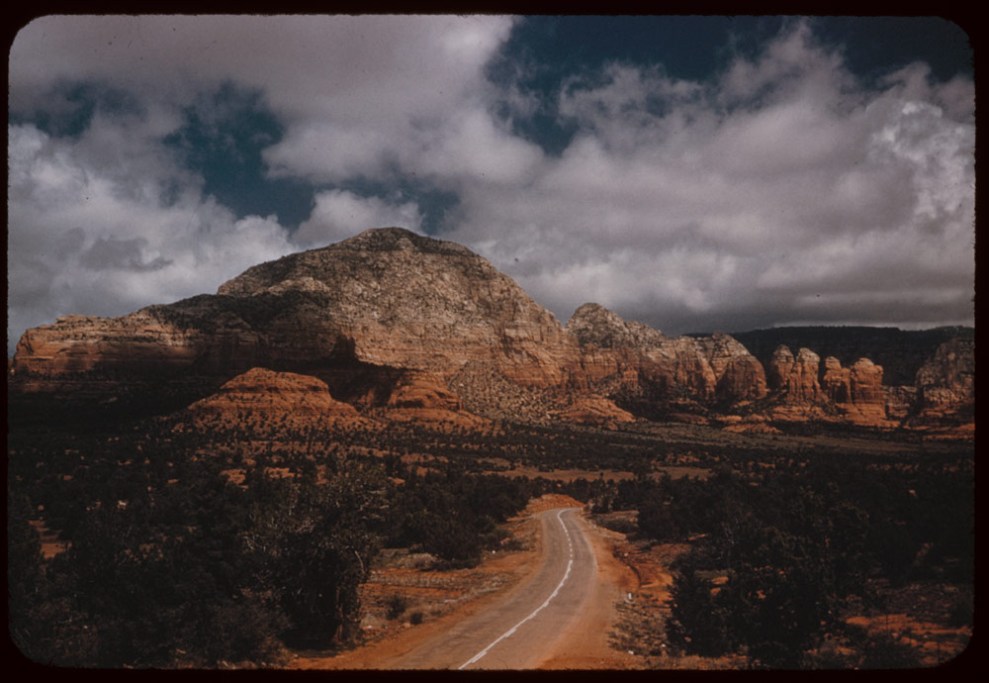 In President Obama’s State of the Union address, he called for the revival of American industry and the maintenance of a tattered transportation infrastructure. Middle-class factory jobs are a part of America’s past. Massive production outsourcing for cost efficiency has led to a service based economy. While America won’t be exhuming the steel or coal industry, the production of new technology is the future. America will never stop being co-dependent on the automobile (oh, how I miss my Volvo wagon and my first Toyota Celica). Our nation’s favorite means of transportation has been putting wear and tear on a neglected system of bridges, roads, highways. Meaning, middle-class job opportunities abound. As I often romanticize America in a 1940s-1950s lens, Obama inspired me to revisit the Charles W. Cushman Photography Collection.

Last year NPR highlighted the photographic archive of Charles W. Cushman (1896-1972). Cushman, an avid, enthusiast snapshot photographer traveled the United States extensively mostly by automobile. The collection spans thirty-two years (1938-1969). The aired story delved into Cushman’s background and personal life, including a tumultuous marriage that nearly ended in a murder/suicide. While there are over a staggering 14,000 images amassed by Cushman, the most unique feature is not only the volume but also the format. Cushman used the first Kodak color film, Kodachrome slides, which documented his sights in a stunning range of vibrant hues. It’s rare to see amateur color photos from this era, coupled with the collection size, it is a historical visual resource jackpot. While Cushman did travel and photograph other countries, his tireless photographing of America has brought to life the complex fabric of the American landscape. Being from Indiana and a graduate of Indiana University, the Indiana University Digital Library Program  took on the slide collection and digitized the Charles W. Cushman Photograph Collection. Since Cushman was as meticulous of a note-taker as he was a curious photographer, much data has remained intact with images including original descriptions.

As Cushman traveled by car on the infant US highways of yore, he captured America at work. Since Cushman was a journalist covering Depression-era American industry, his photographs also reflect this.  He captured industries long since exasperated. Steel, ore and copper mining which once fed looming factories encased in entangled metal masses topped with pluming smoke stacks. Although still pervasive in America’s vistas, agriculture used to be rustic and personal; the land toiled by hand and animal. While the industrial pollution is not to be revived, even the toxins appear dreamy in Cushman’s photos.

On your next road-trip, look for Cushman’s America. It’s still here. Sometimes rusted, dilapidated, and abandoned, still chugging along, or possibly improved with new technology. Otherwise, take an American Kodachrome journey in the archive: THIS LAND IS YOUR LAND. 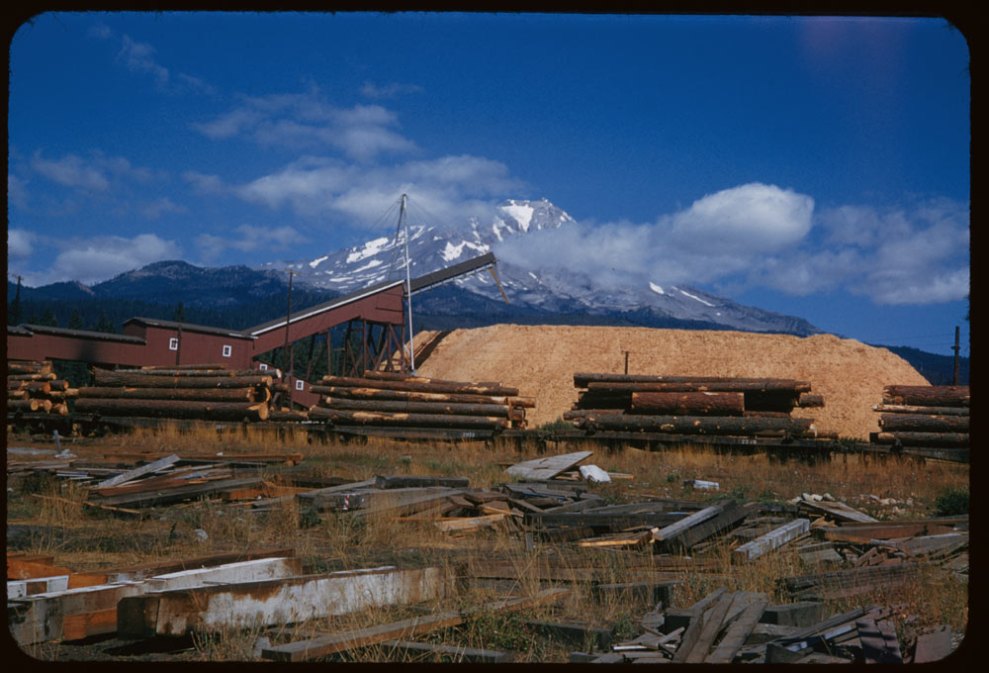